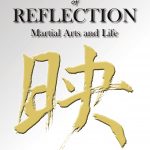 Join Dan Popp as his Essence of Reflection brings not only his martial arts experiences to the forefront but also his life experiences in order to highlight some reflective thoughts we all can consider along our own respective journeys. A martial arts book from 40 years ago serves as the inspiration for Dan to provide […]

Surviving on her own in the desert, 12-year-old Jahohora searches for her family while hiding from the German soldiers. It’s 1904, and Germany has claimed all of South West Africa. Since the Herero would rather fight than surrender their ancestral homes, Gen. von Trotha has declared that they all should be forced into the Omaheke […] 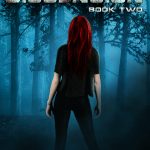 Holly Jenkins spent most of her life sheltered by the Compounders in a secure bunker on a remote mountain in western Virginia. After a battle with the AMAN, the oppressive group that reigns over the area, her life is set on a new course. Leaving behind the comfort and safety of the Compound isn’t a […]

If you’re like the majority of US high school graduates, you’ve (1) studied Spanish at some point and (2) already forgotten most of it. It’s time for a new language-learning method: One that teaches Spanish the way native speakers talk, using advanced mnemonic techniques you won’t be able to forget. Accelerated Spanish is the proven […]

The Arthur family was finally able to get a peaceful night’s sleep on beautiful Catalina Island… or so they thought. Confronted the next day by demands for “taxes,” they, and all the residents of Catalina, learn that a former state legislator – who also happens to be a former state prison inmate – has been […]

More Posts from this Category

Charlie Jenkins has big shoes to fill in the wake of his father’s death. He hasn’t always done the right things in the past, but he’s trying his best for his family, the Compounders, and all the residents of nearby … END_OF_DOCUMENT_TOKEN_TO_BE_REPLACED

More Posts from this Category

The Arthur family was finally able to get a peaceful night's sleep on beautiful Catalina Island… or so they thought. Confronted the next day by demands for “taxes,” they, and all the residents of Catalina, learn … END_OF_DOCUMENT_TOKEN_TO_BE_REPLACED

ALBERT A. CORREIA is a native Californian, having grown up in Tracy, located in that state’s vast and agriculturally rich Central Valley. He had a rewarding career as a Chamber of Commerce executive in the U.S. … END_OF_DOCUMENT_TOKEN_TO_BE_REPLACED 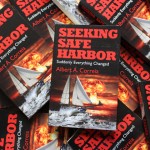 The Arthur family’s four-month cruise in the South Pacific was smooth sailing… until the GPS stopped working and the radio went silent.  Almost capsized in a late night, near-collision at sea, questions raced … END_OF_DOCUMENT_TOKEN_TO_BE_REPLACED 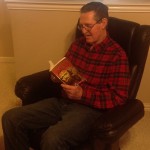 FRED H. HOLMES was born and raised on a small dairy farm in the Finger Lakes region of Western New York. After attending college and majoring in chemistry at RIT, Fred became a successful cash register salesman and … END_OF_DOCUMENT_TOKEN_TO_BE_REPLACED

Rumfeld Dixon, CEO of Dyna-Tyme Genetics, is convinced that the United States is on a destructive course of action. With Federal policies fueled by corporate greed and corrupt political decisions, he sees no hope … END_OF_DOCUMENT_TOKEN_TO_BE_REPLACED