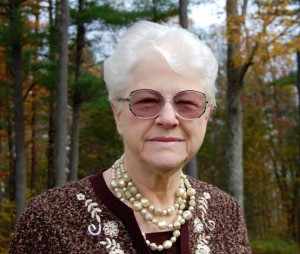 ADELL HARVEY went to be with her Lord and Savior in 2016.  She  served as a counter-cult missionary to the Mormons in southeast Idaho alongside her husband for more than 20 years. Having planted a church in a town that had never had anything of a religious nature but a Mormon ward in its 100-year history, they later pastored the only non-Mormon church in an entire county. God richly blessed their ministry, resulting in many Mormons coming to Christ. Some of these former Mormons gave the author their family genealogical records, historical diaries, and patriarchal blessings, which served as the impetus for this series.

Adell is survived by eight children, sixteen grandchildren, and ten “greats.” Since her husband’s retirement as director of an international mission board, Adell continued in ministry to the Mormons, as a facilitator in the mission’s Punjabi Indian community, and as a humor speaker and writer, as well as full-time caretaker of her disabled husband. She was awarded an honorary PhD from a Baptist seminary in Cote d’voire, Africa, for her “many years of outstanding ministry and her large body of literary works.

Adell’s newest book is The Locket.