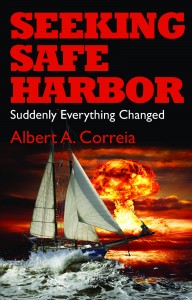 The Arthur family’s four-month cruise in the South Pacific was smooth sailing… until the GPS stopped working and the radio went silent.  Almost capsized in a late night, near-collision at sea, questions raced through Zach Arthur’s mind as he replayed the series of events that had recently occurred.  Mainly, why would a U.S. aircraft carrier try to run them over?

Something didn’t feel right… and it wasn’t. The Arthurs soon found that life as they knew it would never be “normal” again. The whole world had gone mad, and one primary questioned remained:

Would they ever find safe harbor again?