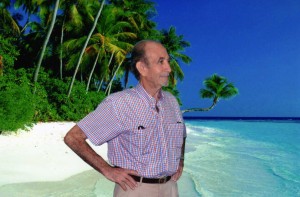 ALBERT A. CORREIA is a native Californian, having grown up in Tracy, located in that state’s vast and agriculturally rich Central Valley. He had a rewarding career as a Chamber of Commerce executive in the U.S. before moving to Costa Rica. While attending the California State University at Fresno, he interned at the Fresno, Oakland and San Leandro Chambers of Commerce. He received his Bachelor of Arts degree in Journalism from Fresno State and was a reporter for a newspaper in Fresno while attending college. Following graduation, he served as assistant manager of the Berkeley Chamber of Commerce. He then went on to serve as chief executive officer of the San Fernando, Pasadena, Pomona, and the Mid San Fernando Valley Chamber of Commerce, all in California. Among other honors he received in the field, he was presented the Russell E. Pettit, “Executive of the Year Award,” by the California Association of Chamber of Commerce Executives in 1986.

Since arriving in Costa Rica in 1995, Mr. Correia has devoted his time to the arts. In addition to his writing, he paints, and a number of his oils hang in prominent buildings in and around San Jose, Costa Rica’s capital city. He is a devotee of Costa Rica’s renowned symphony orchestra. He lives in a quiet suburb of the capital with his wife, daughter, two stepdaughters, and one of his wife’s nieces. Two of his sons live in California and the third lives in Las Vegas. When not in San Jose, he spends time in Jaco Beach where he lived a number of years before moving to San Jose.

Albert A. Correia is the author of “Even in Eden” and his “Seeking Series,” which includes “Seeking Safe Harbor” and “Seeking a Sane Society“.